Just as our spirits were lagging and the Fabulosity Meter had been retired to the back of the closet, a star came to the rescue. Certainly not from the ship where the passengers continue to disappoint. This star came in the most unexpected and unlikely form of the Ukraine.

Next stop is Odessa and we dock immediately at the foot of the Steps of Odessa.. Now that causes the Fabulosity Meter to come out of the closet and start working again. All we need is a pair of broken spectacles and a pram bouncing down the steps to complete the picture. 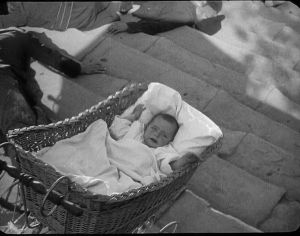 Once we climb the steps (there is a free funicular on one side for those who cannot, or will not climb the steps, and that includes 98% of our passengers) we find ourselves in a most dramatic and stunning city, one that rivals any major European Capital.

But this city is smaller than most major cities and the center is easily accessible and walkable, with magnificent beautifully restored buildings lining the wide boulevards. If it reminds me of anywhere, it is of St Petersburg. It may not have have the canals and waterways, the crowds or the grand scale, but it certainly has the looks and the attitude. 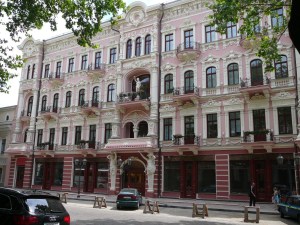 It also has the Black Sea on its doorstep. And it is literally a doorstep. The City Center stops right at the edge of the cliffs. Between the City and the cliff edge is a wide pedestrian boulevard lined with trees and gardens. On one side sits the Black Sea and on the other magnificent 19th century classical buildings with baroque overtones, and at the end of the boulevard sits the city hall resplendent in its dramatically painted white and red facade. And the only way down to the sea from this expansive Promenade is by the Odessa Steps . It is a city built for royalty, and I feel quite at home.

But the city isn’t the only impressive thing about the Ukraine. The other is the people themselves. This is a country famous for its beautiful people, both men and women. A country to which men from all over the world travel to find themselves a bride. A country that produces world famous models. We are to stop in three different cities in the Ukraine, and in each one we immediately notice the good looking men and women everywhere. And it is not just that they are good looking, but it is also how they present themselves. We never see a woman looking anything less than glamorous and she obviously never leaves home without spending a lot of time in front of a mirror. Most of the women are classy, but with a little bit of the tart added to their look, with their tight fitting clothes, short skirts and high heels. Others are just tarts striving, often unsuccessfully, to add a little bit of class to their looks. But whatever the look, they all look fabulous

4 Responses to The Ukraine