A little about Mallorca and then the perfect put down

Mallorca is lovely when the sun shines, which unfortuntely is not often enough this week.

The south and east parts of the island is where most of the long sandy beaches are consequently is where the worst of mass tourism has taken its toll, although it is still possible to find lovely spots

The north and west are wild, rugged and mountainous and although tourism flourishes here the landscape makes large hotels and apartment blocks impossible

Tiny villages cling to the mountainside with narrow cobbled streets climbing ever upward. 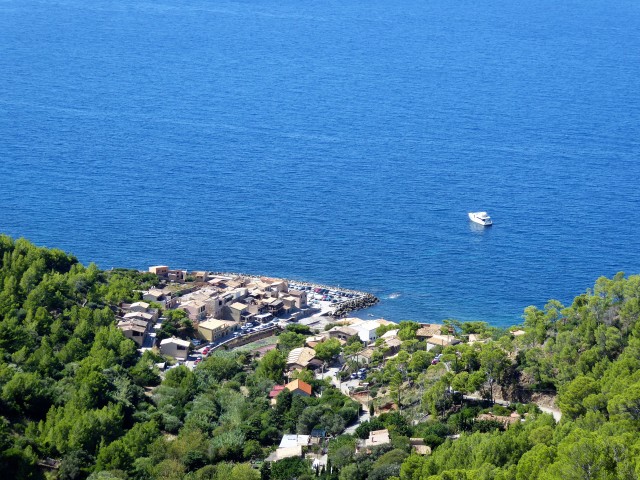 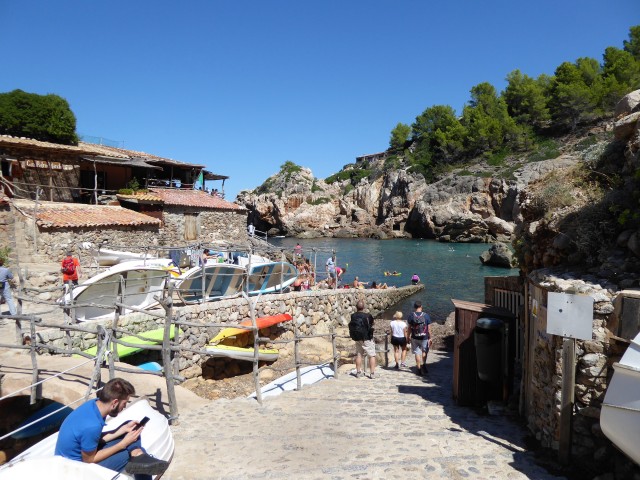 or to remote beaches 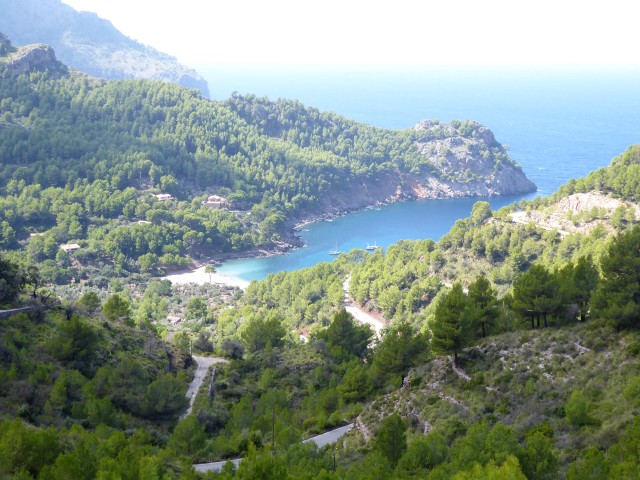 Many of these tiny hidden beaches are just a jumble of rocks,  and each rock has a semi naked or occasionally completely naked person perched on it, a bit like a flock of seagulls waiting for the next fish 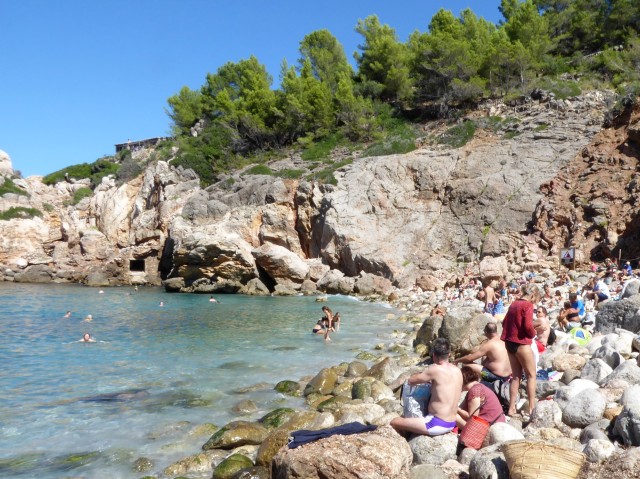 Of course some people can make themselves comfortable wherever they are 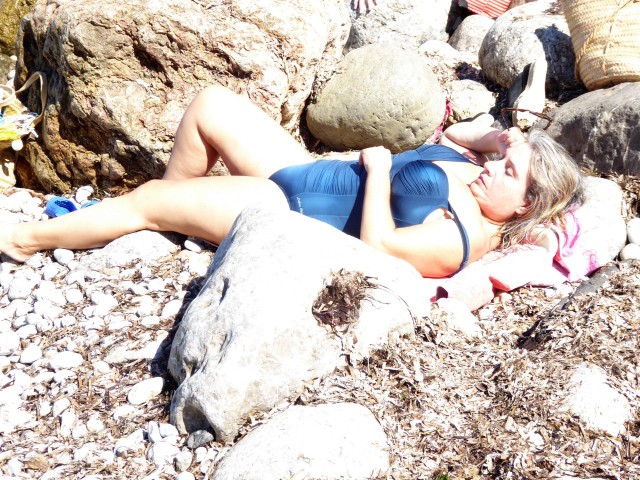 Puerto De Soller, where I am staying, is the largest town on the north coast. It is over 40 years since we were last here, but it hasn’t been ruined.

There are no high rises and no garish hotels, just a long malecon around the bay most of which is pedestrian only. The tram built over 100 years ago still runs along the malecon and into the town of Soller three miles inland.

The port is full of restaurants which is a good thing, and full of expats (mainly it seems from England and Germany) who have made this their home, which is not always a good thing. However they do know the best restaurants and I keep any eye on them to see where they frequent.

The number one restaurant on Trip Advisor is The Kingisher. I have a reservation which appears to be the only way to get a table. It sits at the marina end of the horseshoe bay and  is just feet from the waters edge and a few steps up affording a delightful view of the entire bay.

The restaurant is charming which is more than can be said for the owner.

For a restaurateur he is annoyingly slim. Actually he is just plain annoying. He is the wrong side of fifty which could mean either side depending upon your age. He is dressed in an expensive grey shirt with zippers where the pockets should be and sleeves carefully folded to below the elbow. The shirt is neither ironed nor tucked in. It is worn over almost matching grey jeans which are just as wrinkled as the shirt. His left wrist holds a very expensive looking watch which shines like an army of tinkerbells when the light catches it. His right wrist sports a silver bracelet fighting for real estate with a large strip of woven black leather. Reading glasses are carefully held between fingers and slipped on to the nose when needed. It is a very casual look that is anything but casual.

There is a line of people waiting to be greeted by the owner. Many of them are locals which is encouraging. The owner oozes charm, but it is carefully ladled out in measured quantities depending on the recipient and the frequency with which they dine at his restaurant. He is particularly attentive to the women. The best customers are greeted with open arms, a kiss on both cheeks and a hug. The women love it and coo and kiss back as he takes their arm and leads them to a table. The next layer down, repeat customers but not regular,  get a brush of both cheeks with his cheek. There is no attempt at a kiss, or a hug, and his arms never leave his side as he shows them to the table

Finally he comes to me. I get a nod as he checks the list for my name, obviously suspecting it will not be there. The only way I got a reservation was to say it was for two. A reservation for one was not accepted.

So one little white lie is followed by another as I inform him that my friend is ill and I will be dining on my own. The nod is retracted and I get a cold stare.

When he comes to take my order I ask him about a local wine that is listed. He answers in a voice that sounds perfectly charming and helpful” I am sure you would enjoy it” he says. “It is an excellent choice” . Just as I am thinking that perhaps I have misjudged him, he adds “in your price range”

Which must be one of the most effective put downs I have ever heard.

All of I sudden I miss Dali and Silversea.

Like Loading...
This entry was posted in Uncategorized and tagged Mallorca, Mjorca, Port Soller, Puerto de Soller. Bookmark the permalink.